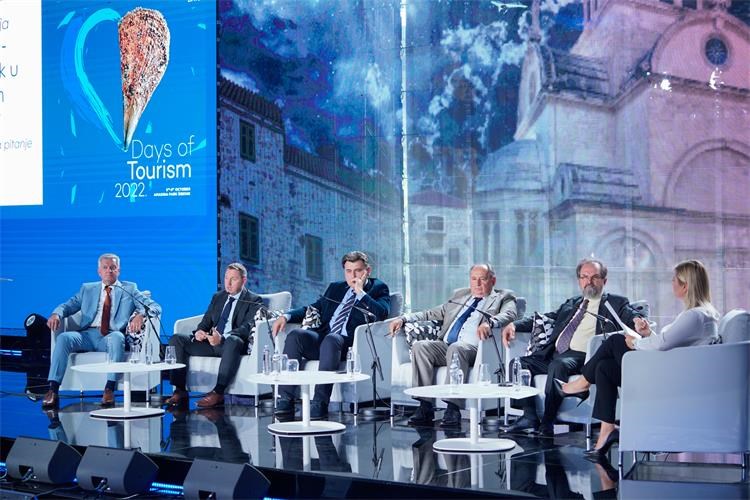 Government officials and tourism sector representatives on Friday discussed at the Croatian Tourism Days event in Šibenik ways to deal with labour shortages in tourism, land for tourism purposes and improving the status of permanent seasonal tourism workers, expressing satisfaction with the talks.

Minister of the Interior Davor Božinović said that the Croatian Employment Service (HZZ) and the Foreign Ministry would join in efforts to deal with the problem of labour shortages to enable the import of workers and issue foreign workers with work and residence permits as well as entry visas.

"Procedures should be stepped up and solutions should be found to enable the issuing of permits next year because even though we mostly rely on domestic labour, we will need to import workers. We have a vision of how to do it... and it will require certain legislative amendments," Božinović said, adding that he believed the problem would be resolved before the start of the next tourist season.

Tourism and Sports Minister Nikolina Brnjac said the meeting also discussed ways to step up digitalisation for the purpose of permit issuance, as well as permanent seasonal workers, who, she said, would be able to work both on a fixed-term and permanent basis, that is, work for a different employer during the time their primary employer's activity is low, and return when it picks up.

She said that Finance Minister Marko Primorac was dealing with the request of the tourism sector not to charge VAT on tips and that State Assets Minister Ivan Paladina had been acquainted with the problem of land for tourism purposes.

Croatian Tourism Association (HUT) director Veljko Ostojić expressed satisfaction with the cooperation between the public and private sectors, noting that it was important for sector stakeholders to know about deadlines and if some problem can or cannot be solved.

ACI marina operator management board chair Kristijan Pavić underlined the importance of boating tourism and sustainable development of marinas, expressing satisfaction with the results of the 2022 season.